My son got the board game Mice & Mystics from Santa this year. I just finished painting the mice characters (6 of them). I have not painted the minions (centipede, rats, roaches, spider) yet.

More photos in my gallery. 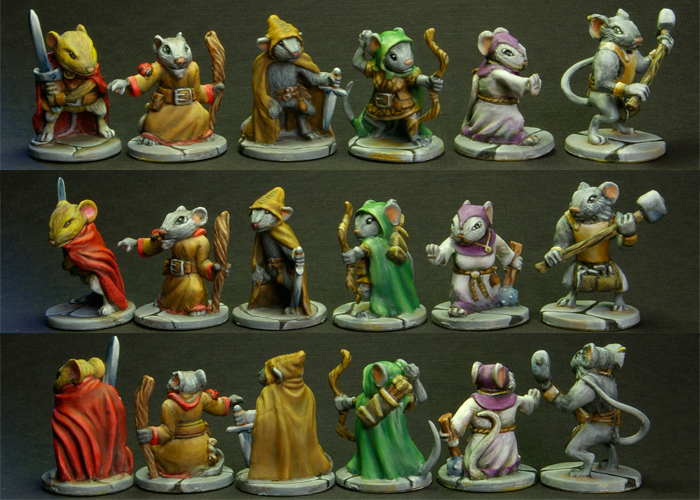 Not painting much lately…

…but I have been busy with other crafty projects: 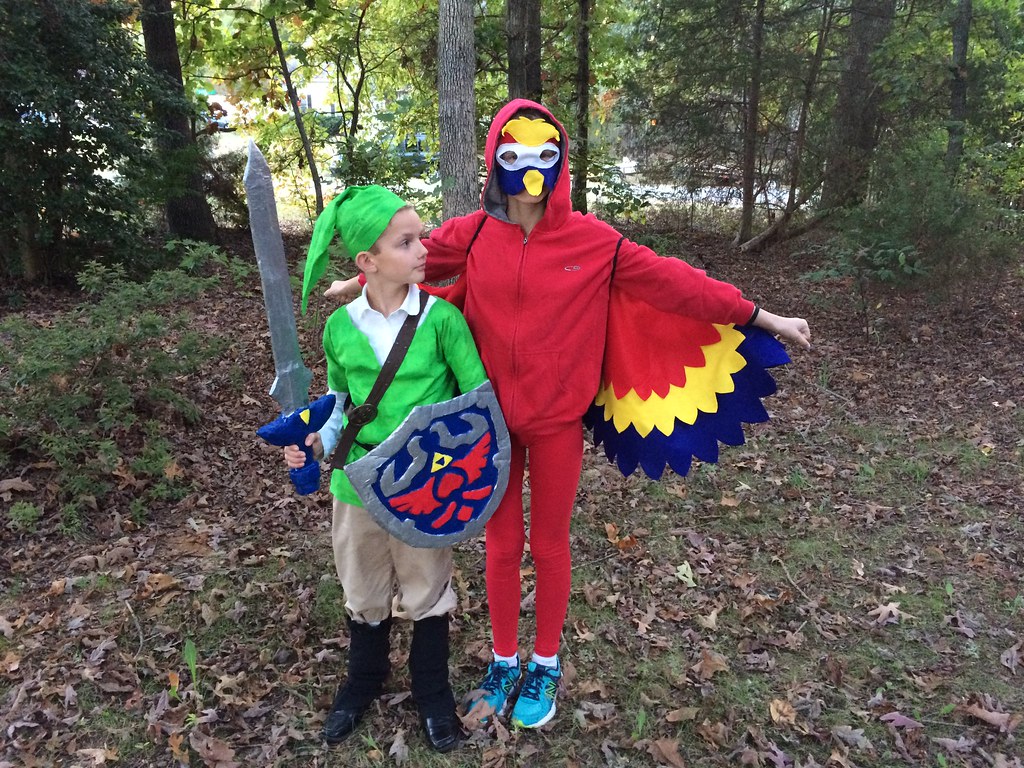 This year for Halloween, John is going as Link from Legend of Zelda. We made his sword and shield out of papier-mâché. I sewed his green tunic and hat, and the black boot covers with my sewing machine. I also sewed his sister’s parrot costume. And she wants it known that she is a ‘Scarlet Macaw’, her favorite parrot, which is an endangered species.

You can see more photos of the costumes and their construction here.

Posted in Life in General

I just finished painting this Reaper Bones plastic figure of Goldar the Barbarian. He is about 1″ tall. 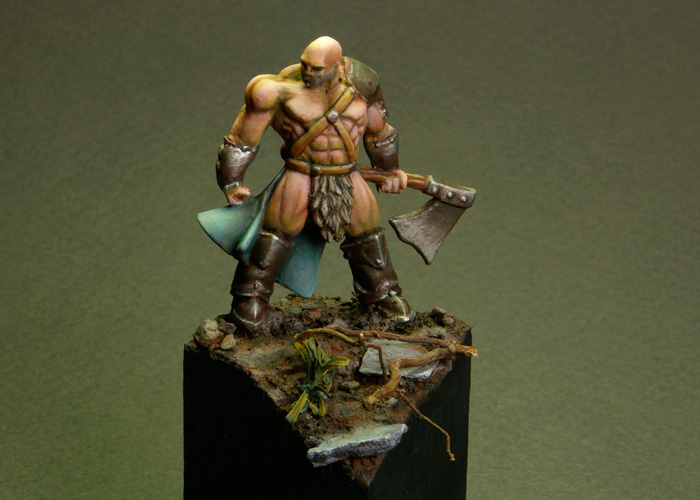 This is Reaper Bones Nienna, Elf Ranger, painted as a display model. There was some frustration about clear detail that would have been allayed, I think, with the metal version of the model, but overall, it worked well. See more photos in my gallery. 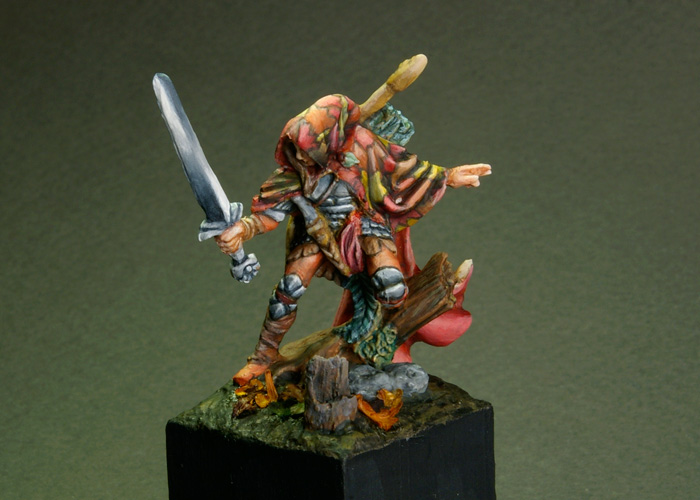 I started painting the armor gold, but there was too much “yellow”. I switched to a cool gray, and that balanced much better with the cloak. There are so many fiddly bits, and it’s a Bones figure, so the detail is a bit obscured. I had to look at photos of the metal version to discern what some things were. The eyes are so small and under the hood. I really couldn’t do more than fill them in black. I bet some better painter could manage it, but I tried, and failed.. 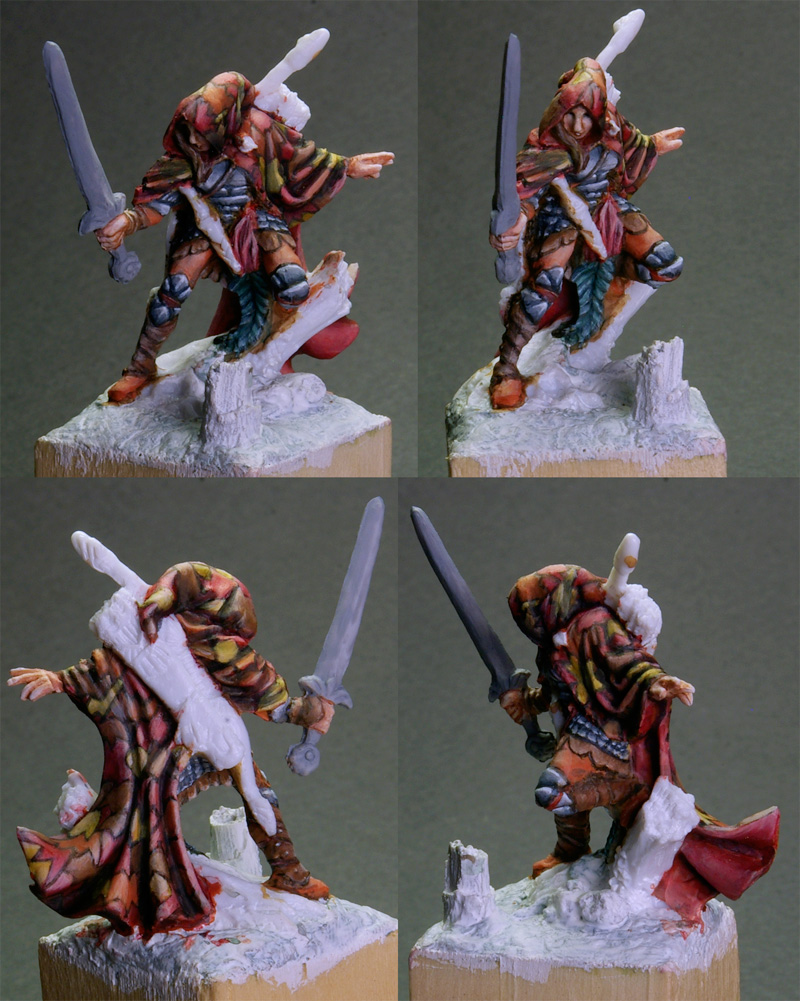 I haven’t decided yet how to paint the cloak lining, or any of the rest of the figure, for that matter, but the outer cloak is coming along nicely. 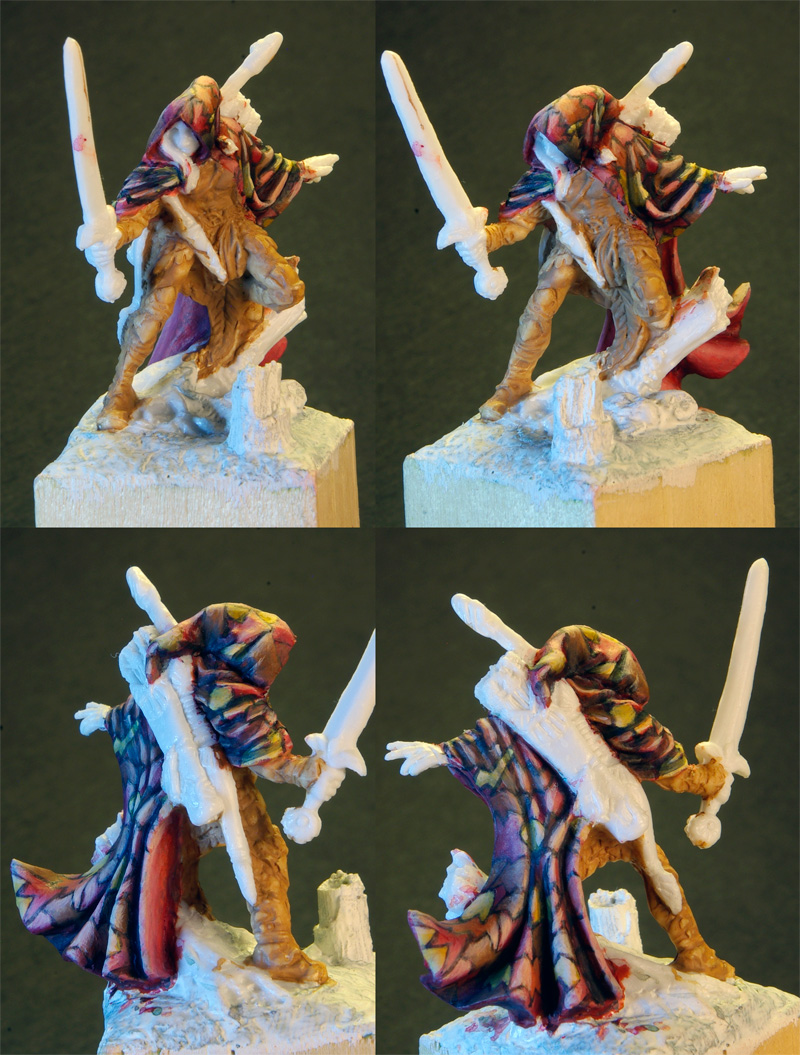 This is Reaper Bones version of Nienna, Elf Ranger. Most ranger figures I’ve seen are painted green or brown, but I thought I’d go for an autumn theme and paint her in red/orange/yellow/brown. I started by painting the cloak a rusty burghundy, including all the highlights and shadows as if that was the final paint job. Then I started painting a freehand patchwork leaf pattern. Each leaf is painted individually, which takes a devilishly long time, I’ve come to discover. This is going to take a long time to finish.

And right now she’s at one of the those early stages when I can’t stand what I’m working on and think it looks terrible. I’ve been there so many times before, though, that I will push myself to just keep going, in the hopes it will all turn out right in the end.

I found this figure in an antique shop. “TSR” was stamped on the bottom. I searched the web, and found on DnDLead.com that this miniature was part of a 1983 AD&D “Basic Figure Set”. I took extra precautions while prepping it, since I’m sure the lead content is pretty high. 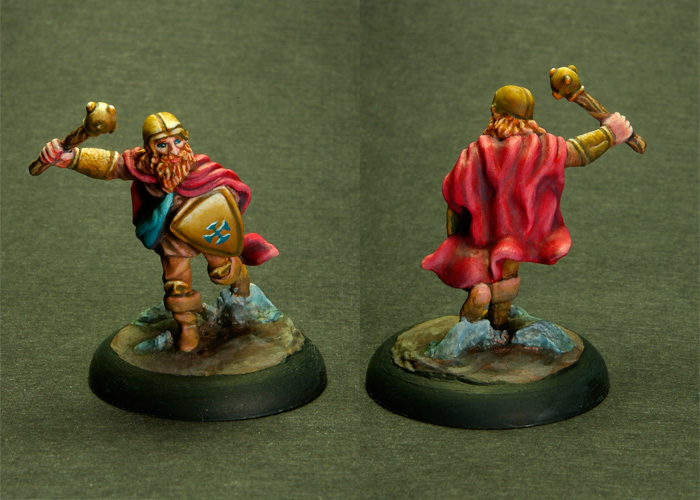 I finished the John Dahlgren bust, which you can read more about in my previous post.

I work at the Naval Surface Warfare Center, Dahlgren, VA. The base is named after Rear Admiral John Adophus Dahlgren, United States Navy officer during the Civil War who initiated major advances in gunnery, as founder of the U.S. Navy’s Ordnance Department.

There is a bronze bust of Dahlgren displayed as you enter the base at the Main Gate. This bust was sculped by Theodore Mills. A digital scan was made of the bust last year, and the head of the base model shop gave me a small-scale 3D print of the bust to paint.

The print was covered in horizontal lines, which I couldn’t really file away, but liberal use of primer solved that problem. There was some paint cracking on the top of the head as a result, but I fixed that with some carefully-applied matte varnish.

Here’s the bust so far. The drape I am going to paint with red and white stripes, so I painted faint red guidelines so I could judge whether they are evenly spaced and properly curving with the fabric. I think I have some work to do there, but it’s a start. I’ll even it out in my next post, and maybe start filling in the stripes.

Dahlgren was of Swedish descent, and was described as fair-haired with blue eyes. The photos show him with very dark hair, but someone gave me a probable insight into the discrepancy: many men during that time period used boot black in their hair. I’m betting that’s what he did. I had to make a decision on how to paint his hair, and you can see the results below.

There were plenty of resources available on Naval officer uniforms, so that was not a problem.

And yes, that mark on his forehead is supposed to be there. Dahlgren had a scar.