While there is no official Catholic patron Saint of gamers, a good intercessor for us may be St. Aloysius Gonzaga. A popular story about him goes like this:

He was playing chess with some seminarians, and someone posed the question, “what would you do if you knew you had but an hour to live?” One said he would go to confession, another that he would pray before the Blessed Sacrament. But Saint Aloysius said he would finish the chess game. He reasoned that, since his superiors gave him permission to play, and he had no other pressing duties, clearly, this is what God wanted him to do. [source]

Saint Aloysius is also the patron Saint of teenagers, who truly represent the quintessential gamer. And I think most of us older gamers began to take our games seriously around that time in our lives.

Saint Aloysius, Pray for Us! 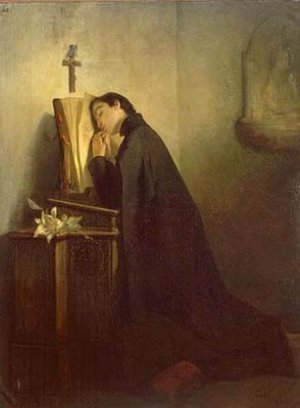 One response to “Patron Saint of Gamers?”