The next figure in my Saint Series will be Saint Patrick. I’m using Reaper’s Brother Louis IV. I sculpted a beard for him with Pro Create (a kneadatite epoxy putty). The base is a wooden plinth (protected with duct tape for now), with a thin layer of Green Stuff (another kneadatite), which I’ll paint as marble flooring. The figure is a little stout for St. Patrick, or just about any Saint for that matter, except maybe for St. Thomas Aquinas, but I can work with it. 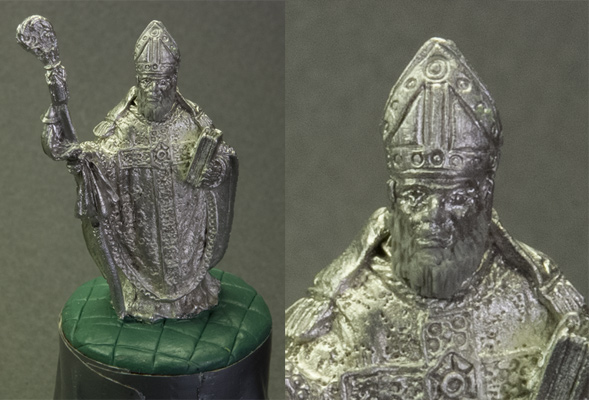 One of his eyes is funny. After I shot this, I fixed it up a bit with some liquid green stuff, but it will still require some skill to make it look right when I paint it.

2 responses to “Next Painted Saint: Patrick”