I have accepted a commission to paint Reaper’s Khong-To, Reptus Warlord. My client would like him soon, for gaming, so I’m putting St. Patrick in my box for now. 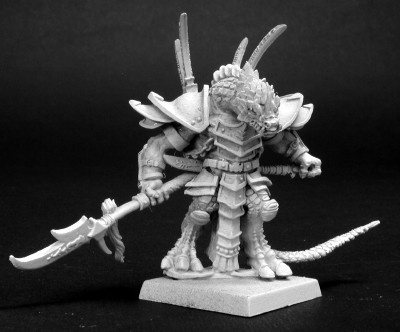 This mini comes in four pieces, and is a challenge to assemble. I started by cutting off almost all of the slotta base, leaving just two posts for pinning him into the base when he’s done: 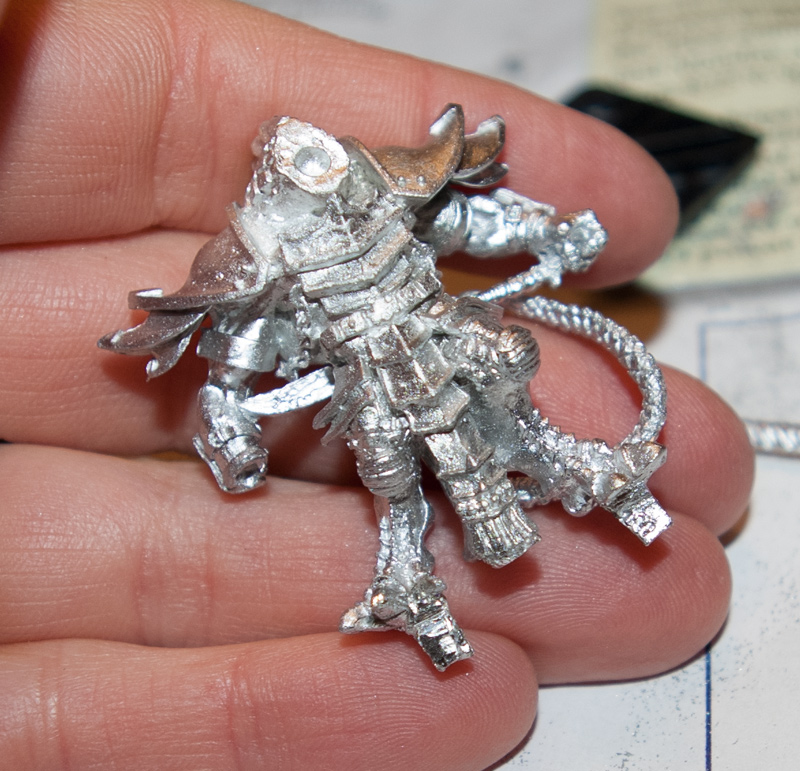 Next I used my pin vise to drill into the head and hand, for pinning: 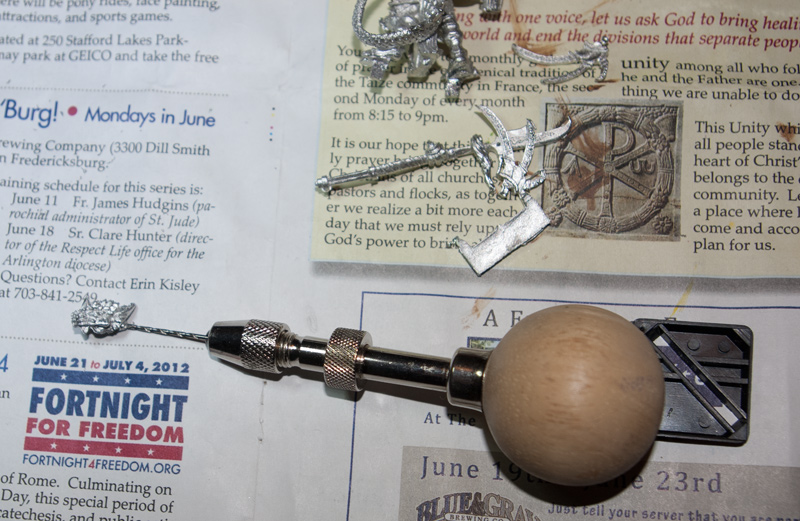 In case you’re wondering, I use church bulletins spread on the table under my work instead of newspaper. They’re much thicker, and just as cheap, since I can get a new one every Sunday.

I used small pieces of paperclip for pins and super-glued them into the head and hand: 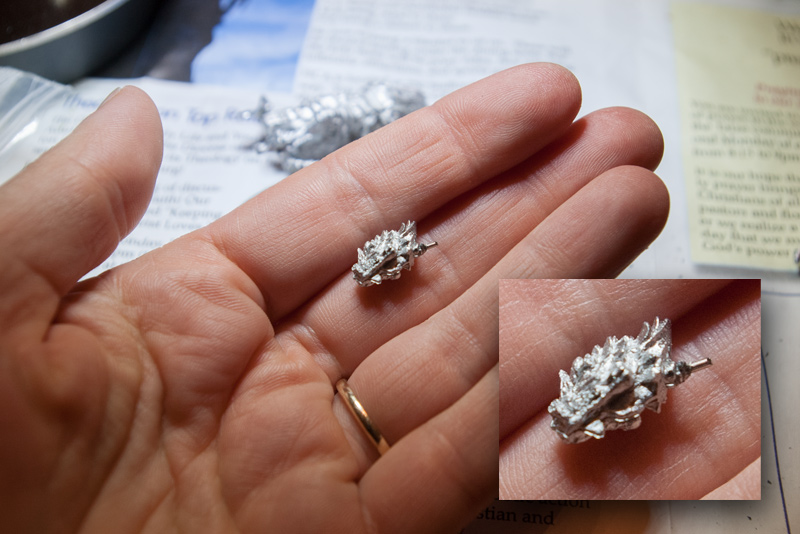 The things that stick up behind him from his shoulders (I have no idea what they are, but I’ll call them “fins”) had decent-sized cast “pins” for assembly, so they didn’t require me to add any, but the holes where they were to be inserted were far too shallow. I attached one of my larger drill bits to my pin vise, and drilled them deeper. 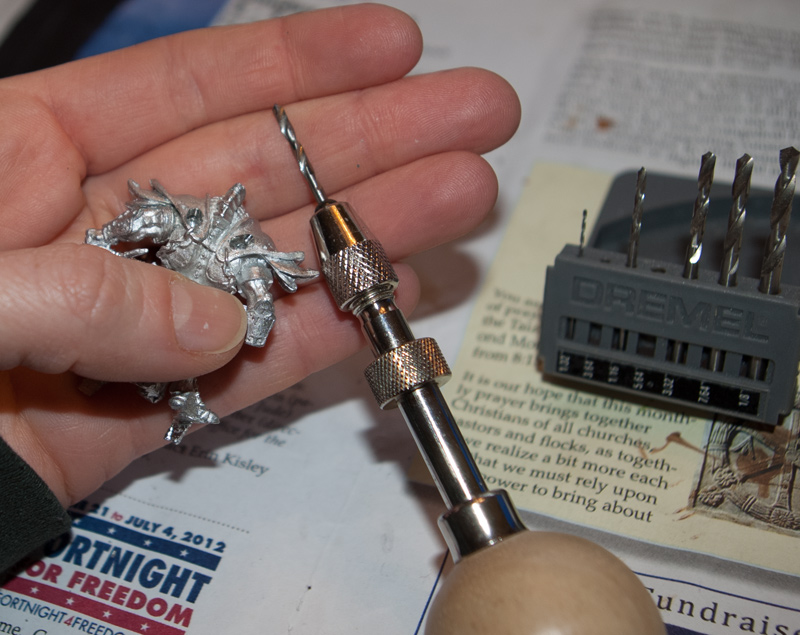 Now before I start putting all of these parts together, I did the usual miniature prep trio: removing sprue, filing mold lines, then sanding the surface smooth. I tried out a new product today, sanding needles I picked up at Hobby Lobby. They’re much easier to use for those tiny hard-to-reach areas than a piece of sandpaper on a stick! 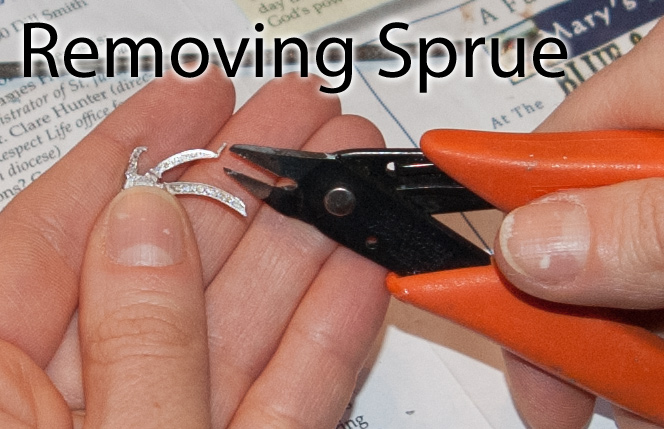 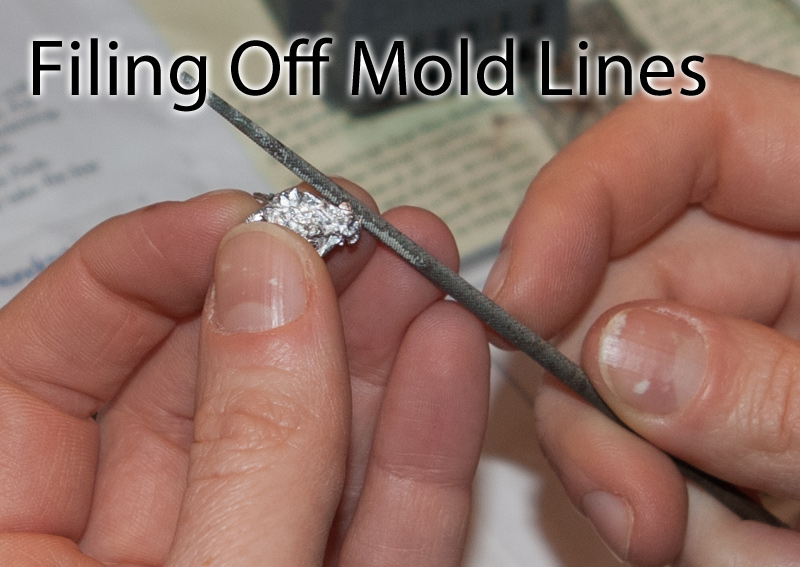 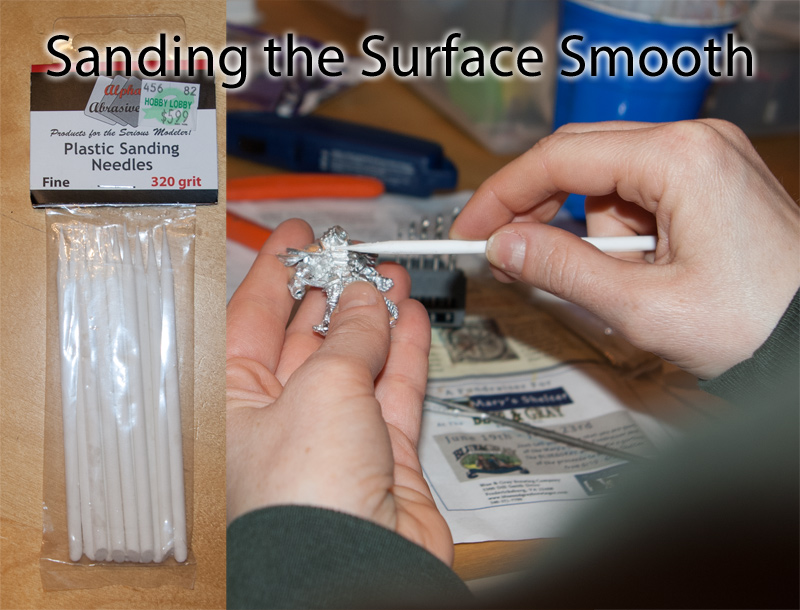 Stay tuned for the actual assembly, with green stuff in the gaps!