I repainted the eyes, giving them the “Joy” treatment, where I ignore the sculpt and paint eyes nice and large where they belong. It makes for a much more striking figure.  I gave them color, too, painting them red, to match the accents.  Big improvement!

I also worked on the color of the armor, adding blue to tone down the golden color to a nice dull brown much closer to the planned palette. Then I just worked on extending the painting over more of the unpainted portions of the figure. This mini has so many parts! He’s taking longer than expected. 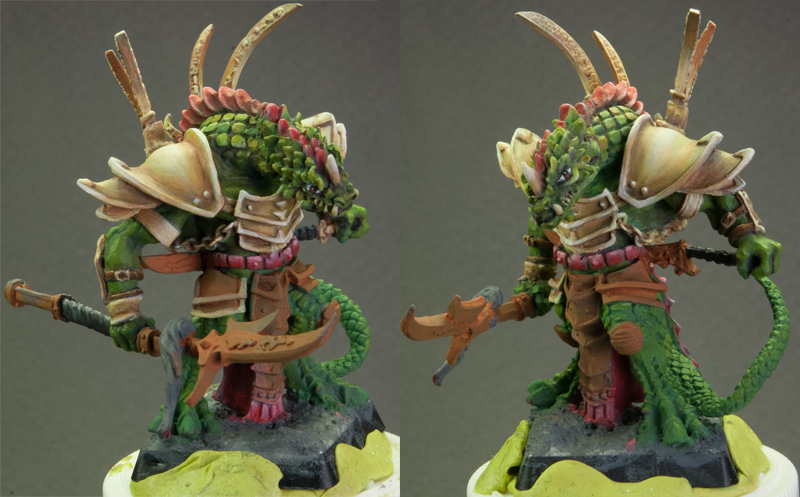 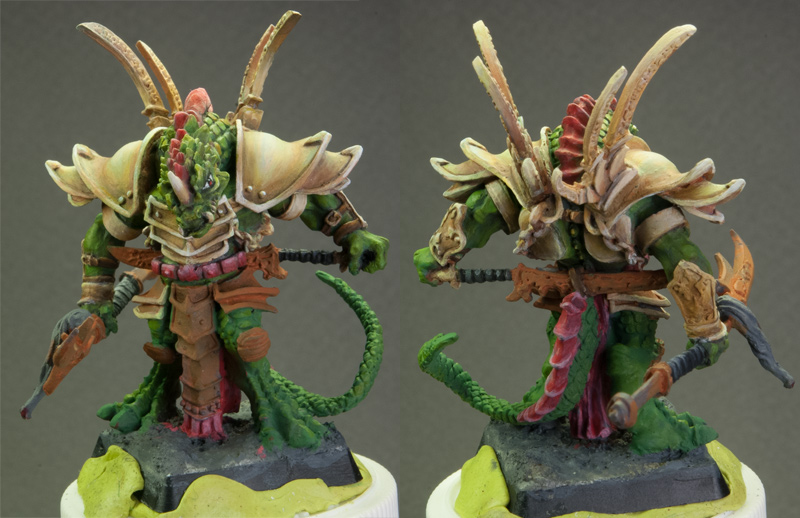 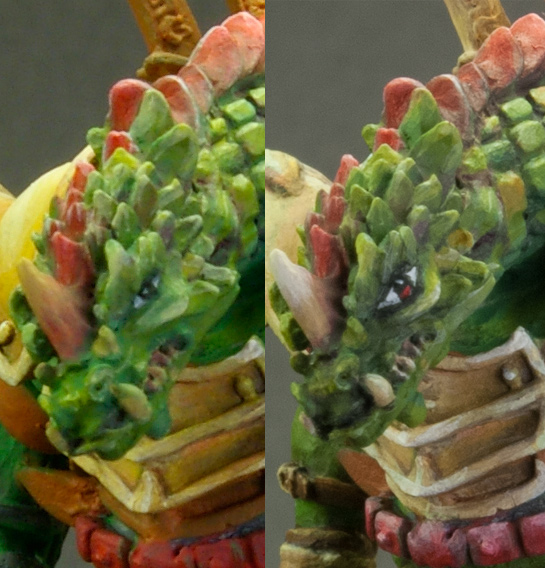